Horthy was a spanish electro-pop band which has released 5 CDS. Dj Moderno was the main composer, vocalist, bass guitar and synths.

The band was awarded with the prize of best song and best music video at the New York City International Film Festival in 2011 for the song and musical video “Puedo Sin Ti”.
Their song «Peter Pan» was finalist to represent Spain in the Eurovision song contest . Their song «Floctis» was the melody for an advertisement by SAMSUNG in the TV Channel CUATRO during 2010 and 2011.

Horthy played several festivals and the main indie venues around Spain during their career.

Listen to Horthy on iTunes / Band info on Facebook

WE SHOULD GET TOGETHER

Advertisement for SAMSUNG at CUARO Television

Honoring CD by HORTHY to the german tecno band KRAFTWERK 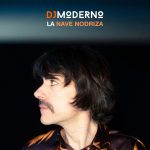